The Kromski Weaver’s Choice variable dent heddle makes it possible for the weaver to decide exactly what size heddle to use on a thread by thread basis.

We are no longer confined to using a single sized thread for the warp. Nor are we confined to one size on a given section. Each heddle is an individual piece, thus allowing the weaver to use an endless combination of thread sizes.

However, for this first project there are 8 different yarns and we want to make a scarf that is 8″ wide. To simplify the pattern, we will set the heddle up using 1″ groupings. 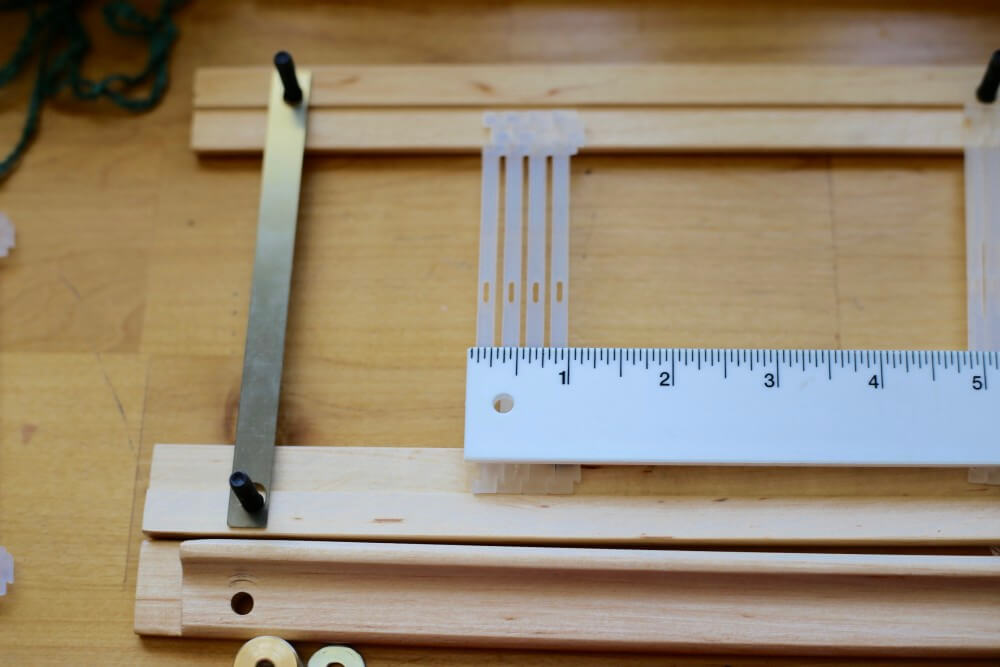 The photo above shows four 8 dent heddles. As you can see, this creates a 1″ grouping that consists of 4 holes and 4 slots (one on the edge). Thus we have 8 dents (4 plus 4). 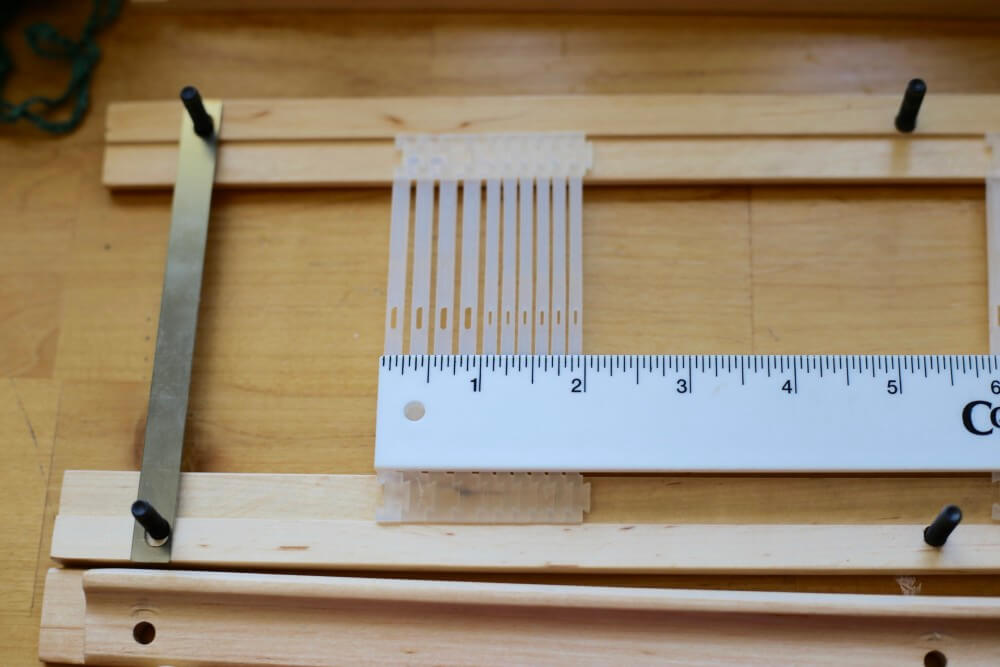 Continue to work across the frame using an assortment of heddle sizes until the desired 8″ is complete. 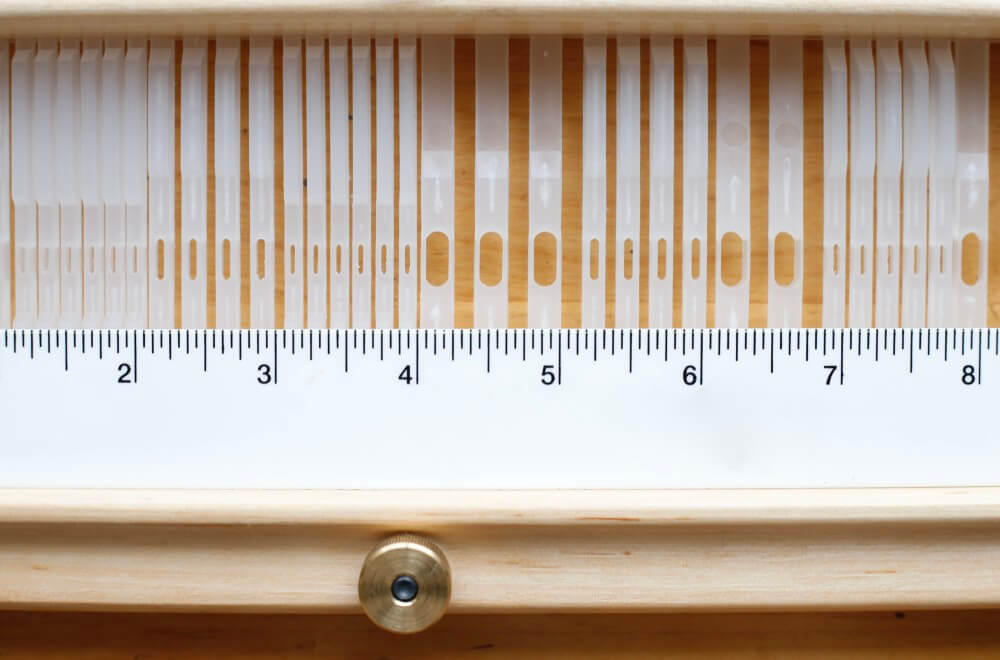 Notice the 5 dent heddles, one grouping consists of 3 heddles and the other of 2. The usual rule for dents per inch requires us to alter the math due to the fact that 5 is an odd number. Look at the grouping of three. When the slots and holes are counted, we see that there is only room for 5 threads per inch. If we place a thread in each slot and hole, there will be slightly more than one inch. In the set of 2 there is only 4 thread spaces, so it will be slightly less. It is up to the weaver to determine whether to use 2 or 3 heddles, either of which would produce a less accurate measurement. But lets say it was important that the warp be true to 1″. This can be accomplished by using 3 heddles and skipping the last slot. Tie off the “extra” thread at the far end of the warp when preparing the loom for weaving. 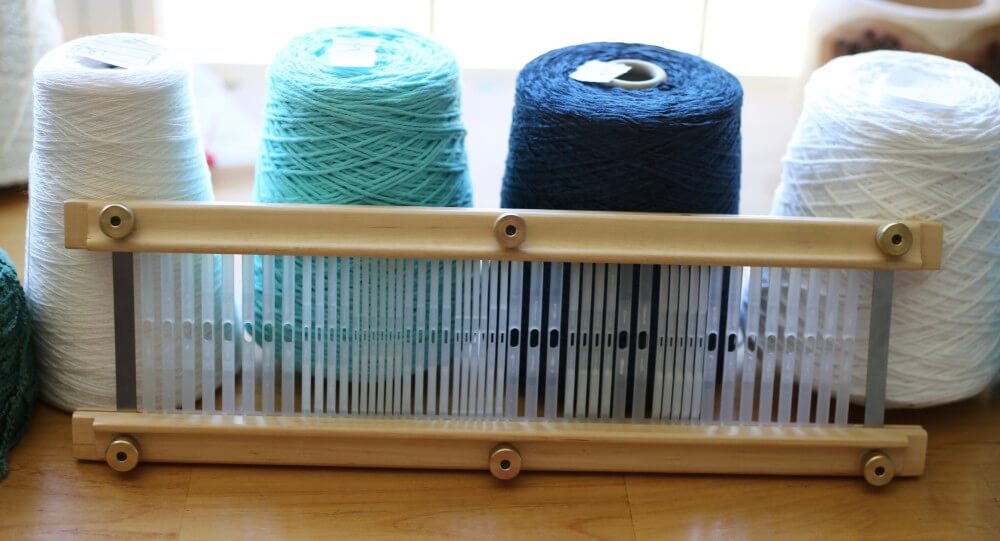 It is important to fill in the outer areas with heddles. These heddles will not be used in the weaving, but will provide added stability to the frame. 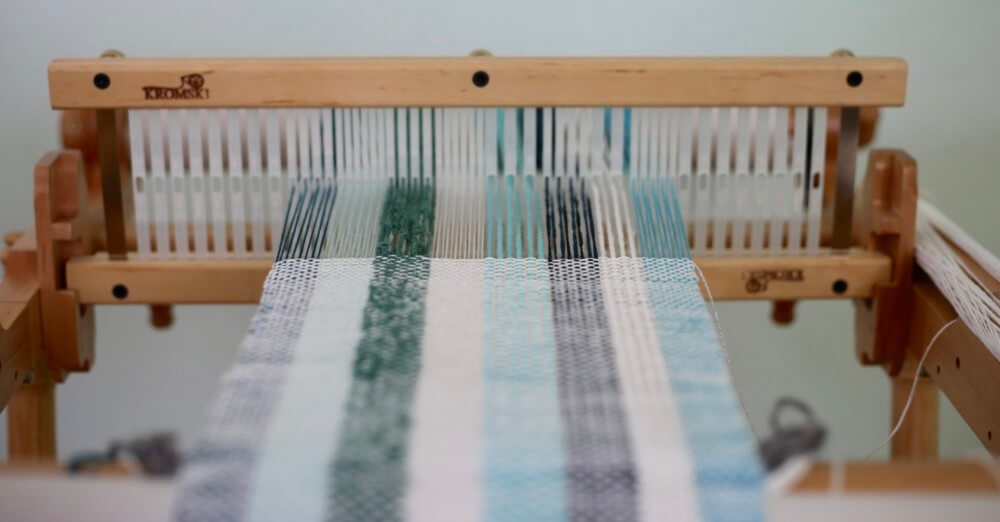 For this project we have used cotton yarn. Because it has less ability to stretch than wool yarns, the fell line, or the edge of the weaving created by the last pass of the shuttle, has more of a tendency to look uneven. You will notice this more when advancing the warp. This is caused by the simple fact that the thicker yarns pile up on the beam more than the thin yarns. Most of this will right itself when the project is wet finished, in this case, washed and dried in the laundry. You can minimize this by keeping the beat light and even. Remember that the picks per inch (number of shuttle passes needed) will be greater on a thiner yarn. Beat the project according to the thicker yarn and allow the lighter yarns to have space between them. 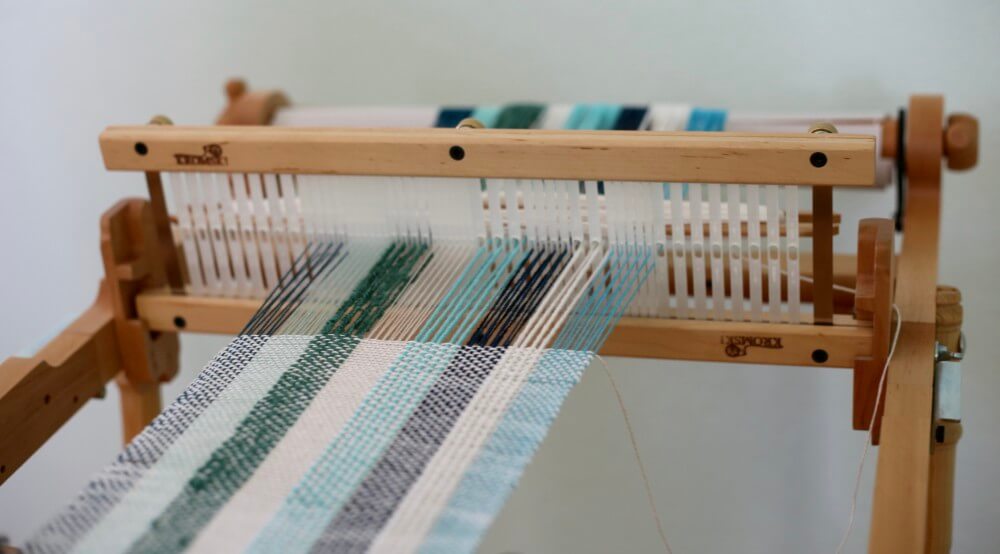 Finish with a nice hem stitch and fringe or if you prefer, a folded and sewn hem. This makes a lovely light weight scarf for yourself or to be given to a loved on as a gift! 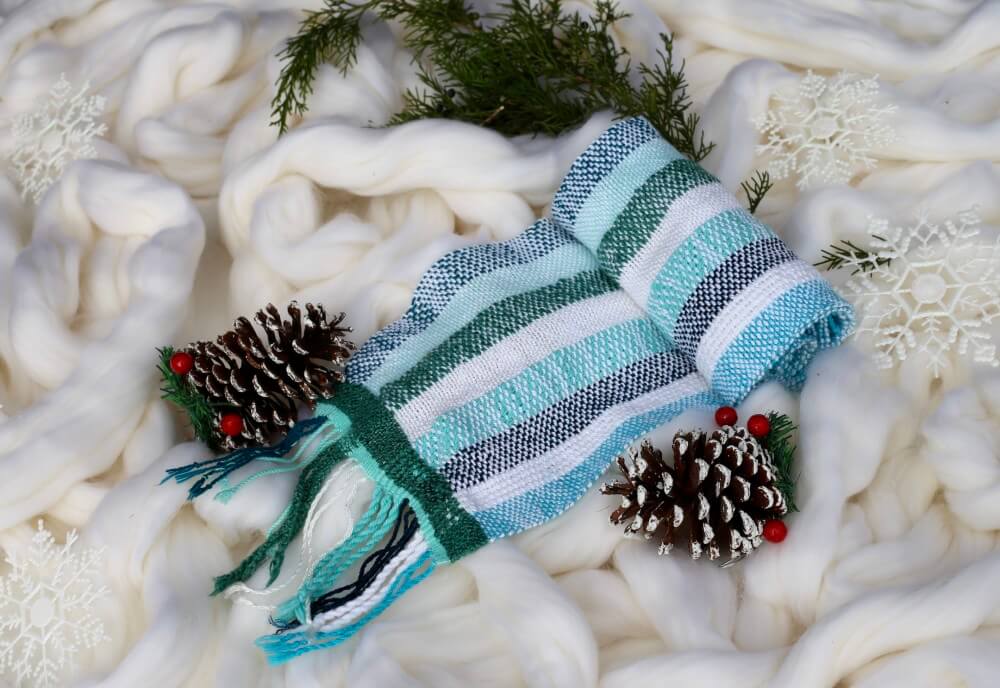